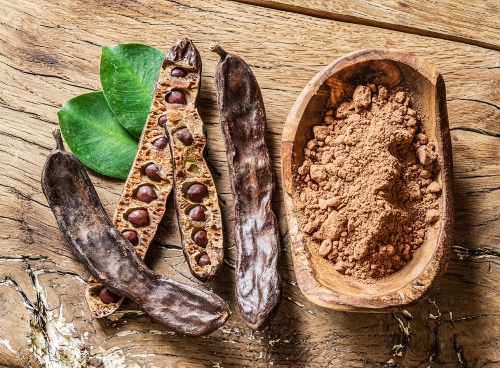 It often leads to a cluster of disease states, including type 2 diabetes, liver disease, angina, cardiovascular disease, and other cardiometabolic disorders.

Carob (Ceratonia siliqua L.) is an ancient pod fruit grown throughout the Mediterranean.

It is rich in soluble fibers, such as galactomannan, fructooligosaccharides (FOS), as well as antioxidant compounds known as polyphenols.

“CSAT+ is not just a satiating ingredient,” says Julia D?az S?ez, Head of Marketing for Pharmactive. “This all-natural, ingredient is a complex of extracts from carob seeds and pods and is shown to help consumers achieve weight management goals and mitigate symptoms of Metabolic Syndrome.”
Watch the video here.

In the most recent study, published in the scientific journal Antioxidants April, 2020, and conducted by María de la Fuente-Fernández, et alia of the Universidad Autónoma de Madrid, Spain, the researchers analyzed the effects of a complex extract of whole carob fruit (CSAT+) on the cardiometabolic alterations associated with MetS in mice.

The supplementation with CSAT+ also appeared to prevent MetS-induced hypertension while attenuating endothelial dysfunction and increasing vascular sensitivity to insulin.

In the heart tissues, the CSAT+ group exhibited reduced muscle cell death and prevented decrease in cardiac contractility as associated with a lower expression of pro-inflammatory and oxidative free radical markers in the both the heart and the aorta.

Previous studies revealed that CSAT+ can act as a natural support for weight management via a combination of satiating effects and improvement of several metabolic parameters.

This is due to carob’s rich content of soluble fibers such as galactomannan, fructooligosaccharides (FOS), as well as antioxidant compounds known as polyphenols.

CSAT+ is derived from regionally grown, non-GMO carob that is processed without using chemicals or solvents.

It is certified kosher and halal and can be used in powdered mixes, solid foods, food supplements (such as bars), or liquid foods (for example, juices or shakes).

While soluble at lower concentrations, concentrations of 10% or higher allow it to form a palatable gel, making it suitable for energy gel supplements favored by consumers active in sports and athletics.