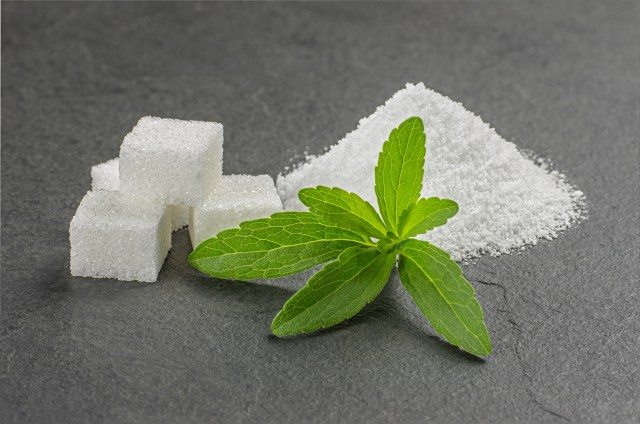 A report in American Chemical Society’s Synthetic Biology describes a way to prepare large quantities of stevia using yeast, which would cut out the plant middleman and could lead to a better tasting product.

In the stevia plant, a series of enzymes turn glucose into molecules called glucosides that retain sugary sweetness without the calories.

The plant produces a variety of glucosides, but some have a bitter aftertaste.

Others are minor glucosides in the plant, but because of their pleasant properties, they could be developed into next-generation sweeteners.

To make a sweeter sweetener and to make lots of it, Vincent J.J. Martin and colleagues wanted to take the glucoside-making machinery out of the plant and into yeast, where they could more easily tweak enzymes to optimize stevia production.

The researchers created a platform for testing enzyme combinations to see which mixture produced the highest yield of stevia molecules in yeast.

They started with the enzymes from the stevia plant, but also used some related enzymes from a plant in the mustard family, which improved yield.

The authors say that their results represent a step toward the commercial production of a new generation of better-tasting no-calorie sweeteners.

The authors acknowledge funding from Concordia University, Canada Foundation for Innovation and Evolva.