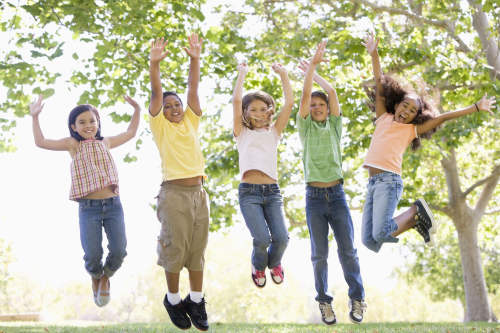 A recently published scientific study by Professor Tamás Decsi and Szminoetta Lohner at the Department of Paediatrics, University of Pécs, Hungary, has shown important health benefits in kindergarten children aged three to six years, as a result of consuming chicory root fibers.

Previous studies have demonstrated a strengthening of the natural defense system on infants and children between birth and two years of age.

Beneo says this is the first time this evidence has been established for this age group.

FNI: How did the study come about? Why Hungary?

Phillipsen: Inulin-type fructans have a long tradition as plant-based prebiotics in foods for infants and small children.

The supplementation of formula milk with inulin-type fructans results in formula milk that is closer to the quality of breast milk.

The prebiotics support the growth of the beneficial Bifidobacteria and therefore positively influence microbiota composition, gut health and other aspects of digestive health.

The research group that conducted the recently published study with kindergarten children, led by professor Tamás Decsi, started their research in this field many years ago.

Together with the German Cochrane Centre Freiburg, they published a systematic review and meta-analysis regarding prebiotics in infants and children food (0-2 years of age) for the prevention of acute infectious diseases.

The conclusion was that “prebiotics may be effective in decreasing the rate of overall infections in infants and children 0-24 months of age”.

Beneo wanted to address the nutrition needs of kindergarten-aged children.

This is an age group that is known to be challenging to parents as kindergarten children are more vulnerable to infections because they share common spaces with many classmates for a significant part of the day.

We wanted to build on the experience of professor Decsi’s and Szimonetta Lohner of the University of Pecs in Hungary.

Therefore, the study was conducted in Hungary under the lead of professor Decsi.

He is the clinical director of the Department of Pediatrics and a well-known scientist in the pediatric research field.

FNI: How many children participated in the study?

Phillipsen: A total of 219 Hungarian children, which included 115 boys and 104 girls from kindergartens within the region of Pécs participated in the study.

Details on ethnicity is not reported.

However, the prebiotic properties of inulin-type fructans used in this study, which significantly increased the beneficial Bifidobacteria and Lactobacilli in the children, is the main reason behind the strengthening of the children’s natural defense system.

The same prebiotic effect of inulin-type fructans has been consistently demonstrated in infants and adults from various ethnic groups indifferent regions of the world, including Asia, South America, North America and Europe.

As such, we see the results of the current study as relevant to other parts of the world including Asia and Africa.

FNI: How are the study results relevant to brands serving children in Asia and Africa?

Phillipsen: More manufacturers who produce infant, follow-on and growing-up formula are supplementing their products with inulin-type fructans at their own discretion and without pressure from the government.

These manufacturers understand how children’s’ health can be boosted through inulin-type fructans.

This trend is also applicable in Asia and Africa, which are important markets where the number of products enriched with inulin-type fructans is expected to further increase.

Relevant products that can accommodate chicory root fiber include some of the favorites that children consume daily such as growing-up milk, cereals, muesli bars and other dairy products.

FNI: How familiar are people in Asia and Africa with chicory root fiber?

Phillipsen: The awareness of chicory plants, which have long been used and recognized as functional ingredients, is growing in Europe, South America, North America as well as Asian countries such as China.

We have also been offering chicory root fibers such as inulin and oligofructose to markets all over the world for many years.

Consumers and companies have shown the receptiveness and willingness to accommodate functional ingredients that have been validated through scientific research.

The potential of our prebiotic chicory root fibers such as inulin and oligofructose looks more encouraging than ever before, as the demand for prebiotics in Asian countries such as China, Japan and India continues to grow due to high population growth, increasing health concerns and growing disposable income.