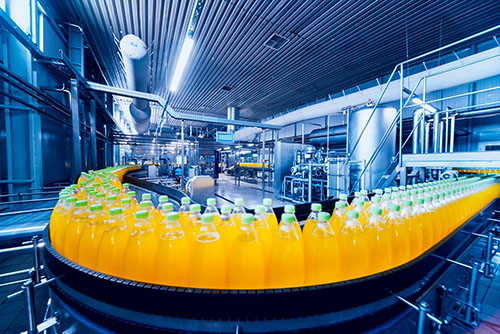 At the Marianna Trench, the deepest point in the Pacific Ocean, pressure reaches more than 16,000 psi.

From Pasteur to Pascal

Pasteurization, the process by which food is treated with mild heat to kill pathogens and extend shelf life, derives its name from the 19th century French microbiologist Louis Pasteur.
However, it is another, arguably more famous French scientist, Blaise Pascal, who lends his name to a method of pasteurization that does not use thermal energy.

Pascalization, also known high pressure processing or HPP, is a fast-emerging technology in the food and beverage industry which is helping satisfy growing demands for safer and fresher products.

This method can eliminate pathogens and provide safer food, while avoiding some of the drawbacks associated with heat treatment.

In the 1600s, Pascal studied the effects of pressure on liquids.

Bert Hite carried out experiments on the effects of pressure on microorganisms and food in the late 1800s, demonstrating the potential efficacy of high pressure for sterilizing and preserving certain food products.

Commercial applications in the food industry, however, would have to wait until the 1990s.

There is now a growing interest surrounding HPP and its benefits as an alternative to traditional methods of pasteurization.

According to MarketsandMarkets, the global market for HPP equipment is expected to grow to half a billion dollars by 2022, representing a compound annual growth rate (CAGR) of over 11%.

Although much scientific ingenuity has been invested in perfecting the method, the basic functioning of this equipment is relatively easy to explain.

The produce is sealed and placed into a steel container or cannister.

The cannister is inserted into a steel compartment containing a liquid, usually water. Additional water is then pumped into the compartment, thus increasing the pressure.

The intensity of the pressure and the duration of the process can be varied, in accordance with the intrinsic and extrinsic properties of the product and the demands dictated by these.

In most cases, the process takes minutes.

These machines are built to apply pressures of up to 87,000 psi.

To put that in context, the amount of pressure found in the Marianna Trench, the lowest trough in the Pacific Ocean, is a mere 16,000 in comparison.

An experiment involving a grape is often cited as a great illustration of the importance of this fact.

If you hold a grape in your hand and squeeze it, you can crush the grape with relatively little pressure.

However, place a grape inside a bottle of water and squeeze the bottle as much as you can and the grape will not be crushed.

This is because the pressure is being applied evenly and uniformly across the grape. 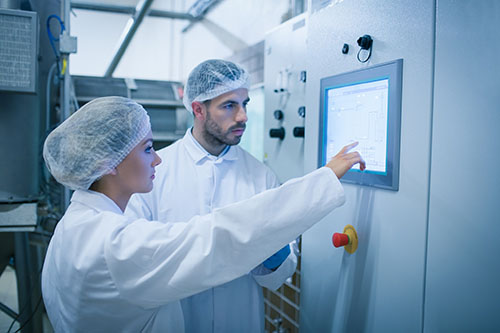 The key impetus toward the greater commercial use of HPP is food safety.

According United Nation’s Food and Agricultural Agency (FAO), 225,000 people die every year in the Asia and Pacific region due to foodborne diseases.

The industry therefore faces both an ethical imperative and a commercial one also, with costly products recalls threatening those who cannot guarantee the strictest safety standards.

The pressure generated in Pascalization neutralizes or deactivates pathogens, leaving safer food and extending the shelf life of the product.

The unique boast of this technology, however, is its ability to provide safer food without any significant change in its organoleptic or nutritional properties.

In other words, HPP can effectively kill all the germs but the food looks, tastes and remains just as healthy as fresh produce.

As it does not use thermal energy, it is more energy-efficient than the alternatives.

The final produce is refrigerated, which is more environmentally friendly than freezing.

By offering significant shelf life extensions this technology could lead to a big reduction in food waste.

The method is suited to some foods more than others.

If food has air pockets in it, high pressure will flatten the food by causing these to collapse.

It is no good for food like bread, leafy vegetables and marshmallows.

Similarly, the level of water activity is also a prerequisite for success.

Water is the conduit for the pressure, so a lower water activity presents a challenge.

Finally, the process works much better for food with higher levels of acidity.

Cost might also have been considered a potential drawback, at least until recently.

There are relatively few manufacturers of this equipment and the average machine costs between US$0.5 million and US$4 million.

However, as the uptake of the technology increases, the costs are coming down.

In the meantime, there is already a well-established tolling system that allows manufacturers to avoid the hefty up-front capital investment and pay for use of the equipment using an as-a-service model.

Larger companies that are already taking full advantage of this equipment can further exploit its benefits by adding increasing levels of automation in the production process or partnering with a reliable automation parts supplier. 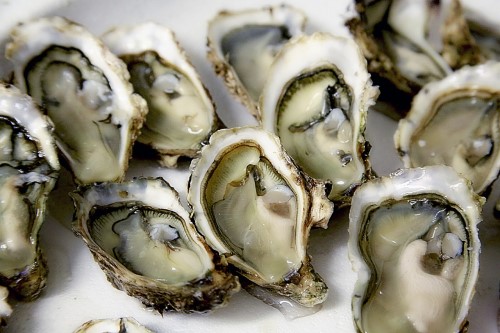 Using HPP in seafood processing is popular in Japan.

The method is deactivates harmful pathogens like salmonella and E. coli, while maintains the freshness of the fish.

In addition, high pressure denatures the muscles that are responsible for holding shells closed.

The pressure causes them to open easily and allows for much easier extraction of the meat, resulting in higher yield.

Similarly, when lobsters or crabs are processed using HPP, the muscle contracts and detaches from the meat entirely, resulting in higher yields and renders the process of meat extraction quicker, safer and easier.

Globally, juices have been a popular product for this method of processing.

In the Asia-Pacific region, the market for fruit and vegetable juices is expected to grow at CAGR of 4.6% between now and 2025, according to Mordor Intelligence.

The megatrend of increasing emphasis on health and wellness in the food and beverage industry, alongside consumer preferences for ‘natural’ products, is making juice and HPP perfect partners.

Pascalization provides the clean labels that consumers are demanding, while extending the shelf life of juices without diminishing their nutritional benefits.

It is also ideally suited for bottled produce.

The packaging must withstand temporary changes in volume of up to 15% and be resistant to water, making plastic the ideal candidate. 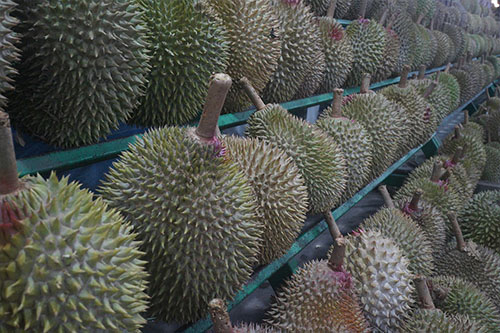 So strong is the smell that consumption of the fruit is banned in many public places.

For fans of the fruit, however, the foul odor is in stark contrast with the novel, delicious taste.

Driven by Chinese demand, durian sales have remained strong despite the impact of the pandemic.

A recent study in the journal Food Research helped support claims about the benefits of HPP.

Researchers from Malaysia found that treating durian with HPP extended its shelf life significantly without any unwelcome results in terms of savory qualities.

It is difficult to comprehend the volume of pressure that is found at the bottom of the Pacific Ocean.

Perhaps then, it is even more difficult to comprehend the levels of pressure that can be produced during Pascalization or HPP.

What is far easier to comprehend is the potential benefits of this technology and its growing use in the food and beverage industry today.

This processing method has the potential to satisfy the growing demand for safer, fresher food.