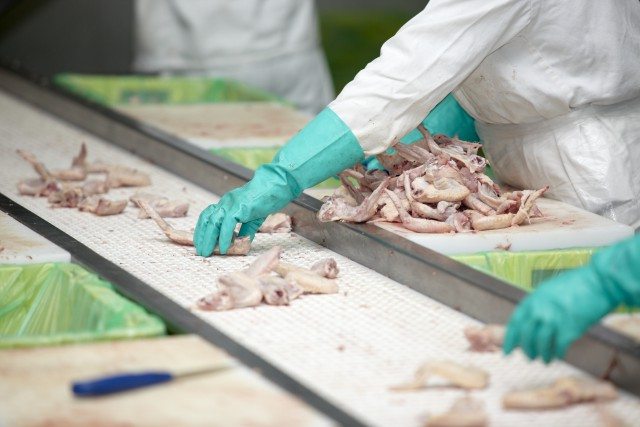 Significantly fewer resistant extended spectrum beta-lactamase (ESBL) bacteria were found in Danish broiler meat in 2013 compared with the year before.

However, the occurrence of ESBL bacteria in imported broiler meat remains at the same high level as in 2012.

This appears from the annual DANMAP report, which is published by Statens Serum Institut and the National Food Institute, Technical University of Denmark.

ESBL bacteria are one of the fastest growing resistance problems worldwide.

The bacteria are resistant to the type of antimicrobials known as cephalosporins, which are often used to treat life-threatening infections in humans.

According to the report, which shows the prevalence of resistant bacteria in humans, meat and animals, ESBL bacteria have been found in just over half of all imported broiler meat samples in 2013, which is the same level as in 2012.

In comparison, the bacteria have only been found in every fourth sample of Danish-produced broiler meat – a significant decrease compared to 2012, where the prevalence in Danish broiler meat was 36%.

International standards for antimicrobial use are necessary

Danish poultry producers have not used cephalosporins for more than a decade.

“When resistant ESBL bacteria are nonetheless found in Danish broiler meat, it is because they have entered production through imported parent animals of the chickens we eat today,” senior researcher Yvonne Agersø from the National Food Institute explains.

“ESBL bacteria are inherited from generation to generation, and until 2012 cephalosporins were used in animals at the top of the breeding pyramid abroad.”

“The situation shows why it is necessary to have international standards for the use of antimicrobials in food production in order to avoid resistance problems in one country creating problems beyond its borders.”

“When fewer ESBL bacteria are found in Danish broiler meat in 2013 than the previous years, it is in part because of a voluntary discontinuation of the use of  cephalosporins at the top of the breeding pyramid abroad. This has had a positive effect on the breeding animals that are imported into Denmark,” she said.

The incidence of ESBL bacteria in pigs at slaughter is low in 2013.

The bacteria have been found in 5.8% of the samples from slaughter pigs, which is in line with results from the previous two years.

In 2010 Danish pork producers introduced a voluntary stop to the use of cephalosporins.

Of a total antimicrobial consumption in pigs of more than 90 tons, approximately 3 kg is cephalosporins.

“Even though the use of cephalosporins is very low, it still represents a considerable increase compared to the previous year when it was 1 kg. It is important that these antimicrobials are only used when absolutely necessary, so we can maintain the low occurrence of ESBL that we have seen in pigs at slaughter in recent years,” says Agersø.

European surveillance of ESBL from 2015

The European Union also takes the problem of ESBL in animals and foods very seriously and in response has initiated mandatory monitoring of this type of resistance in both meat and production animals in Europe.

From 2015 all member states must monitor the occurrence of resistance in cattle and pigs as well as beef and pork – and from 2016 also in broilers and broiler meat.