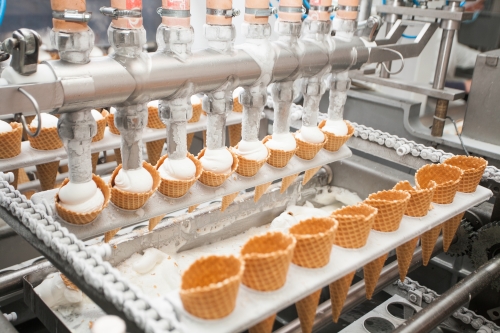 For companies in the food manufacturing sector, refrigeration can account for up to 70 percent of their total electricity bill. Yet, it remains one of the most untapped sources for energy saving.

Most of the energy used by industrial refrigeration systems powers the electric motors that operate key elements such as compressors, pumps, evaporators, and condensers.

The motors driving refrigeration systems are generally run at a constant speed regardless of how their load might vary during operational hours or from season to season.

As a small reduction in motor speed can result in a significant dip in energy consumption, VSDs can adjust the speed of the motors to match the dynamic load demand.

This is because reciprocating and screw compressors, direct expansion (DX) or flooded evaporators and air or water-cooled condensers rely on pumps and/or fans.

Applications can range from blast freezing to cold rooms where temperatures may drop below -45 ⁰C and large systems often exceed a power demand of 500 kW to obtain the high cooling capacity required.

These systems have all served the industry well for decades.

Still, increased awareness of energy consumption and operational costs are leading to a broader appeal of VSDs and high-efficiency motors. 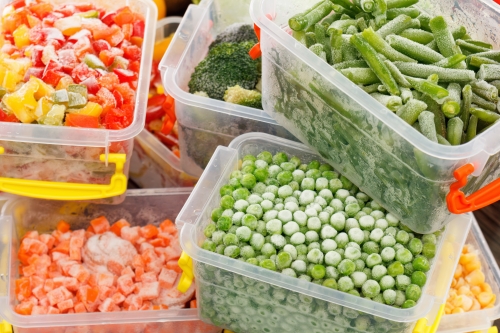 The total compressor capacity in conventional systems can be varied by stopping and starting individual compressors in conjunction with slide valve control for screw compressors and, in the case of reciprocating compressors, by switching capacity control valves.

Compressors are switched off in a controlled sequence when refrigeration demand is low and restarted when demand increases.

At higher speeds, capacity can be adjusted by using the VSD to vary the operating speed while the slide valve is left open.

In its open state, recirculation does not occur, which allows significant energy savings.

Capacity increase can also be achieved with retrofits, provided that the system can cope with higher outputs.

To fully optimize the system, variable speed control should be combined with floating head pressure control, as the latter varies the head pressure in line with ambient temperature conditions as opposed to maintaining it at a higher, fixed level.

In the case of reciprocating compressors, VSDs allow the compressor speed to be continuously adapted without stop/go, thus reducing refrigeration and heat losses in the system.

It also increases the lifetime of the compressor.

Similarly, scroll compressors can use 30% less energy with variable speed control as they can be adapted to varying cooling loads.

Furthermore, the drives reduce the starting current and allow a temperature control that is stable and precise. 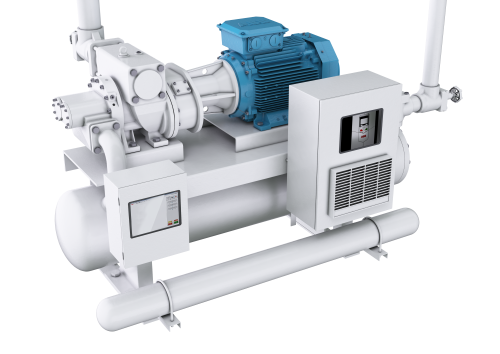 Refrigeration systems that use chilled water or glycol as the cooling medium require pumps for circulation.

The temperatures for these coolants typically range from -8 ⁰C to more than 10 ⁰C with the return temperature at about 5⁰C or higher.

This temperature increase, known as delta T, is a consequence of the heat drawn from a production area or cold store and is the key consideration for the control system.

Once determined, all the equipment is designed to achieve delta T.

Pumps are therefore the mechanism to deliver the requisite flow rate of the coolant to achieve delta T across each load.

This flow rate is often preset by adjusting a control (throttling) valve at the commissioning stage to obtain the required results.

The downside is that these preset flow rates do not allow for a varying load.

Often this results in wasted energy because the actual flow rate exceeds the required rate to remove the heat load.

Optimal control can be obtained by varying the flow of the coolant with VSDs to match the heat load as it allows the control valve to be kept fully open.

It also eliminates the resistance caused by throttling, resulting in additional energy savings.

A further benefit of VSDs is that a minimum flow rate can be set to avoid freezing of the coils.

In conventional refrigeration systems, where the compressor always operates at full speed, the evaporator regulates the cooling output and the evaporator fans are stopped or started as required.

Simultaneously, the expansion valve aims to achieve an optimal fill of the evaporator, and, since it never fills completely, results in oscillation in the system.

This causes the evaporator to operate inefficiently.

With electric motors, even a relatively small change in speed can result in a very significant change in energy consumption.

When fan speed is reduced by 20%, for example, the power requirement will fall by about half.

Therefore, by modulating the fan speed according to the cooling demand, VSDs can achieve significant energy savings.

Depending on the specific installation and cooling load, the electricity consumption of evaporator fans can be cut by as much as 80 percent. 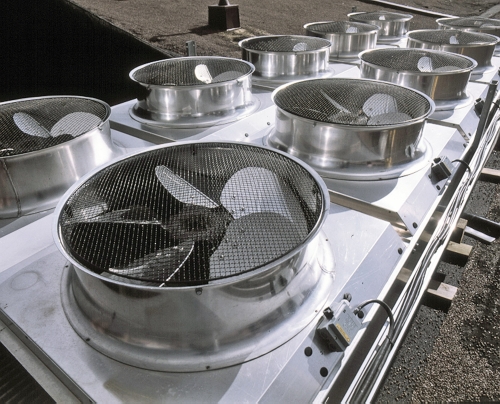 Pressure switches or step controllers often control condenser fans and they may be boosted by two-speed operation if a broader control range is required.

This generally matches up with the system’s design to operate during the hottest days of the year.

Today, there is a tendency to select more intelligent control systems, such as VSDs, to drive the condenser fans and reduce the head pressure.

While the fans may work a little harder and use more energy, the corresponding reduction in discharge pressure saves proportionately more energy.

The latter can be improved by up to 15%.

Saving energy with VSDs on pumps and fans

For compressors, there is a linear relationship between a motor’s speed and the amount of power it uses.

However, in the case of pumps and fans, reducing the speed by half will reduce the power by a factor of eight.

Figure 1 shows the practical effects of this on the potential energy saving for variable-speed fan control. 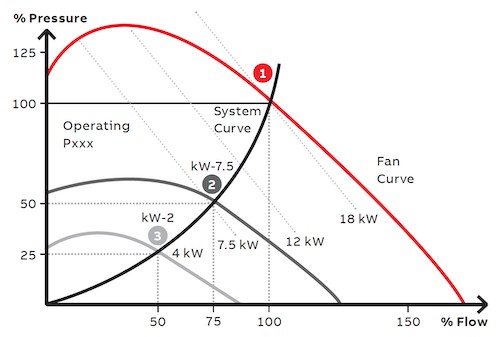 Reducing the airflow by 25% has resulted in a decrease of over 58% in the power required.

To put these potential savings into context, a cold storage evaporator (supply) fan rated 18 kW and is running 24/7, its annual power consumption will be 171,975 kWh running at constant speed and 53,430 kWh when controlled by a variable-speed drive.

This is more than 69% reduction in power consumption.

Coop, a Swiss-based grocery chain, operates a large-scale bakery that is one of the most modern facilities in Europe.

It supplies frozen dough products to Coop supermarkets throughout Switzerland.

With four refrigeration systems providing a total cooling power of 8 MW, cooling plays an essential role in the production process.

The compressors in the coolant circuits are driven by ABB motors and variable speed drives.

The motors have an IE4 efficiency class rating, with up to 97% efficiency when operating at full load.

The VSDs enable further electricity savings by accurately controlling the speed of the motors, in accordance with the cooling output required.

Furthermore, the combination of IE4 motors and VSDs have also contributed to the reduction of 10,000 tons of CO2 emissions per year at the group’s logistics center, where the bakery is housed.

To reduce stress on equipment such as belts and or couplings, they deliver smooth acceleration and deceleration instead of running at full speed.

VSDs can also contribute to more consistent operations by helping to tackle harmonics, a form of electrical pollution that can cause interference to sensitive electrical equipment, resulting in unplanned plant shutdowns and loss of productivity.