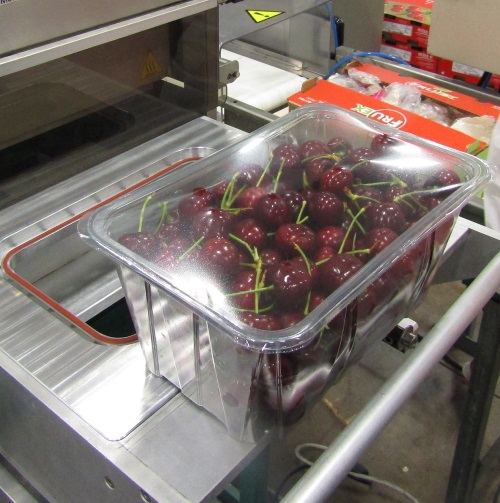 The new technology is engineered to extend the shelf life of fresh cherries in aesthetic and functional retail packaging as well as reduce waste.

The product will be showcased at the upcoming Asia Fruit Logistica trade show in Hong Kong, September 5-7, 2018.

In this collaboration Tadbik created a FreshLid laminated film structure that is sealed to trays containing fresh produce and whose upper layer can be repeatedly peeled back for reuse.

This packaging will be marketed under the Xgo line, Stepac’s leading retail brand.

This packaging design incorporates multiple capabilities to effectively slow respiration and ageing processes, and to control humidity inside the packaging and extend fresh produce shelf life.

Following research and trials at StePac’s post-harvest lab, the groundbreaking film was approved for shelf life extension of cherries.

Cherries are considered the perfect red-colored gift in Chinese tradition.

The success of this pilot project propelled increased interest in the use of the film by FRUSAN for the upcoming Chilean cherry season.

It also encouraged cherry packers and shippers to use the packaging, as the blueberry industry becomes interested in it.

StePac has expressed aspirations to expand its activity in the Asian market.

“This drives the growing export of these fruits from Peru and Chile to China, and with it the need for attractive, functional packaging to preserve quality during the lengthy sea freight.”