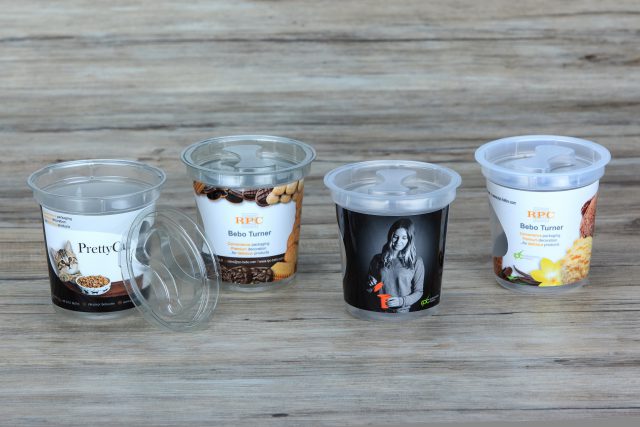 Called Turner, the system comprises a cup, lid and lidding film, which is sealed on the cup’s seal flange to cover the lid’s entire surface.

To open, consumers peal back the lidding film and turn the lid in a 45° counter-clockwise rotation.

It is suitable for car cup holders and its robust design means that, though lightweight, it can withstand the rigors of modern on-the-move lifestyles such as being carried in a rucksack, baby changing bag or school bag.

In addition to a variety of food-to-go applications including ice cream, snacks and sweets, the Turner cup and film is also an ideal alternative pack solution for pet foods.

It can be specified with barrier properties for protection against oxygen, water vapor, ultra violet and light.

For shelf presence, there are decoration technologies such as high definition printing, labelling and premium in-mold label thermoforming for the cup, while the lid can utilize RPC Bebo’s patented Bebo Print for complete edge-to-edge coverage.