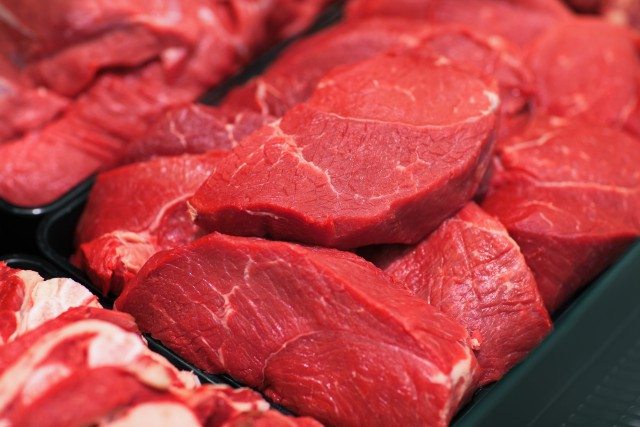 Food fraud is gaining interest as an emerging risk given the increasingly global and complex nature of food supply chains.

It is not uncommon to find cases where an authentic ingredient is replaced with a cheaper alternative, such as in milk products, fruit juices or meat products.

In some cases, the additives might potentially be harmful to the human body.

Another common practice of food fraud is mislabelling when manufacturers deliberately leave out or fabricate the amount of certain ingredients.

In his 2011 research paper, Dr. John Spink, director and assistant professor of the Food Fraud Initiative at Michigan State University, defined food fraud as “intentional substitution, addition, tampering, or misrepresentation of food, food ingredients or food packaging, or false or misleading statements made about a product for economic gain.”

Under the same initiative, Dr. Spink and his colleagues undertook research on food fraud and identified seven kinds of food fraud.

Among all food products, the consumption of meat is constantly increasing worldwide.

The practice of adulterating meat was exemplified by recent events originating from Europe were at least 50,000 tons of beef meat contained horse and 5-7.5% of samples analysed in the European Union and national action plans were positive for undeclared horse meat.

Apart from the economic aspect, the false declaration of meat products is a severe problem for consumers who have ethical or religious concerns about the consumption of pork or horse meat; more specifically, Islam and Judaism both have strict dietary restrictions when it comes to consuming porcine meat.

Certain parts of the Muslim community consider the consumption of meat or other products from domesticated horses as “makruh”, meaning these products should be avoided if possible.

In Judaism, the consumption of such products is considered non-kosher.

An estimated 1.5 billion Muslims and 14 million Jews represent about 23% of the worldwide population; therefore, adulterated meat, intended or careless, is a serious problem on a global scale.

With a population as racially diverse as Singapore, it is crucial to ensure the quality and integrity of certain food items consumed by minorities in the country.

Statistics show approximately 15% of Singapore’s resident population are Muslims, and the Islamic dietary laws dictate that all foods consumed by Muslims should abide by certain criteria; those foods are considered “halal’, meaning “allowed” and “in accordance with the Islamic law”.

The most common non-halal food is pork, and all food products should not contain porcine DNA.

As consumers have limited methods and access to how food is produced or prepared, the responsibility falls into the manufacturer’s and supplier’s hands.

As the tolerance level for porcine and equine contents in other foods is zero regarding the religious requirement, the limit of detection (LOD) should be as low and sensitive as possible.

There are plenty of methods for authentication testing of meat samples.

However, the method is not applicable when it comes to detecting lower than 5% porcine meat or even vestigial amounts of undeclared meat.

Currently in the market, many enzyme-linked immunosorbent assay (ELISA) and polymerase chain reaction (PCR) methods are available for the identification of meat species.

For ELISA methods, the LOD is about 0.5% for porcine meat in beef matrix.

One major drawback of the method is its low success rate when it comes to conducting multiplexed analysis of different species in a run.

PCR is prevalently used for meat speciation and has been mostly applied for the food fraud issues in Europe, as it is able to run simultaneous detection of different meat species in one sample.

Despite all the advantages, PCR methods are subject to up to eight hours of extraction, followed by clean-up and the PCR reaction, making it not necessarily faster than mass spectrometry (MS).

In addition, DNA is prone to degradation in processed food, making the detection of trace amounts difficult.

MS is emerging as a technique that offers an accurate and reliable approach to meat speciation, overcoming some of the limitations of the above techniques.

Additionally, the multiplexing capabilities of mass spectrometry to analyse for both animal species as well as small molecules, such as veterinary drug residues, in the same analysis, enables increased analytical testing productivity.

The sensitivity of mass spectrometry, or limits of detection, is comparable to those of some currently available methods based on ELISA and real-time PCR.

One distinct advantage of mass spectrometry over other methods is its ability to offer rapid, robust, and specific analyses of simultaneous detection of multiple ingredients or meat species in a given sample in a single analysis.

Following the Food Standards Agency’s announcement in January 2013 that horse and pig DNA had been identified in beef products, many laboratories across Europe as well as the rest of the world carried out testing with regards to the incident.

In the below sample qualitative experiment, lab scientists mixed beef samples with pork and horse meat to simulate contamination with non-declared meat.

Meat samples were purchased from the local supermarkets and stored frozen in plastic tubes. Chunks of meat were diced and frozen in liquid nitrogen, then ground.

A portion of ground meat samples, either pure or mixed, was weighed and a buffered liquid was added in order to extract the proteins from the ground meat tissue.

Rigorous sample agitation was implemented to ensure that all viable protein in the samples was released into the buffered liquid for analysis.

In order to effectively analyse the meat proteins, a typical process called tryptic digestion is implemented.

In this process, the protein is cut in targeted locations along the peptide chain into smaller fragments, making it more suitable for analysis by mass spectrometry.

In order to identify the various protein fragments, or peptides, that are characteristic of each meat species for analysis, an advanced shotgun proteomic approach using an AB Sciex TripleTOF 5600 system, was used to detect and verify the unique protein fragments that could be assigned to each species and used for the screening analysis to detect contamination of meat samples.

They then prepared store-bought samples and screened them for the horse and pig peptides of interest (detailed scientific protocol described here).

The findings showed that mass spectrometry is an excellent technique for the rapid and sensitive detection of both species, with workflows that could possibly be implemented for routine meat contamination screening.

Importantly, the MS method shows sensitivities that are comparable to the most sensitive PCR10 and ELISA7 methods available, but while detecting multiple meat species and multiple markers from each of those species simultaneously, demonstrating that MS has enormous potential as an alternative analytical technique for meat speciation and authentication.

There are many ways food fraud could be prevented.

From a macro perspective, all parties involved in the process should become more proactive in addressing economic adulterations, find new ways to share information and promote collaborations, and engage government as a facilitator to establish standards and share intelligence on emerging trends.

In addition to all these, public and private testing laboratories and scientists should also look to invest in more advanced technologies to help address detection of such fraudulent ingredients.