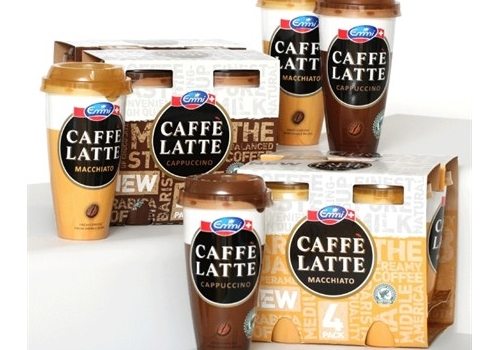 Europe has seen robust growth in the niche iced/ready-to-drink (RTD) coffee market during the last few years, despite many other fast moving consumer goods categories suffering across Europe, according to a Canadean report published in February 2014.

Though the iced/ready-to-drink coffee is still only a niche category in the overall soft drinks market, in the final quarter of 2013, both West Europe and East Europe saw growth rates of between 9-10%.

The growing consumer interest in this category is being helped by the spread of the coffee shop culture, according to Quarterly Beverage Tracker West Europe fourth quarter 2013 and East Europe Fourth Quarter 2013.

The growing market for in-home pods and capsules for hot coffee has also had an important effect in stimulating consumer interest in iced/RTD coffee drinks.

Consumer perception has shifted and the product is no longer just perceived as a summer drink.

In other markets, this trend is also beginning to emerge as successful marketing campaigns, and the introduction of new flavors, have kept consumers interested.

Such introductions of flavors and variants include Darbo, Emmi Vanilla and Starbucks Discovery label.

Analyst Michael Ramsell said this success is also due to changed consumption habits of the average European.

“These products benefit from their compliance with current consumer trends; ‘on the go’ consumption, snacking and above all, convenience.”

This is due to a greater focus on marketing/promotional activity, as well as a larger product range and availability in the off-premise channel.

However, due to the expansion in the number of coffee shops by large coffee chains such as Starbucks, the on-premise channel is predicted to record robust growth in the coming years.

Ramsell said the continual success of iced/RTD coffee is in the hands of the producers.

If they can keep the product diverse and innovative, consumers are likely to still perceive the product as modern and stylish.

The year 2014 is likely to see more flavor innovation to keep consumers interested and an increase in cross over products with energy drinks.

As Europe slowly moves out of recession, increasing consumer confidence and the growing ‘on the go’ lifestyle suggest that the future looks bright for this niche market.