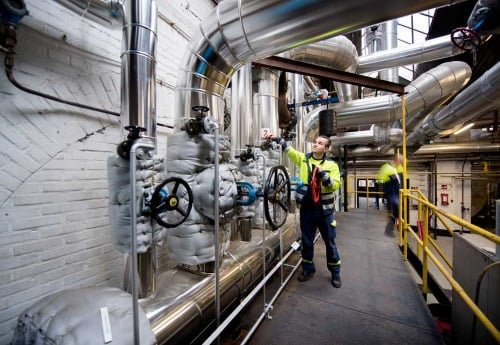 The steam project is part of an ongoing intensive energy and CO2 reduction program at the mill which has achieved a specific CO2 emission reduction of 23% since 2005.

Under the previous configuration, the residual steam of two of the machines was partially reused.

As part of the mill’s ongoing project to reduce carbon emissions, it integrated the steam systems from all three paper machines by incorporating a sophisticated control system.

The machines operate at different speeds using a variety of paper weights that added to the complexity of the task.

“We started by carrying out an in-depth analysis of processes to figure out a way to reuse excess steam from two of the machines in the third machine,” said Wim Janssen, energy and production technologist at the mill.

“This has reduced the mill’s gas consumption and slashed the 2018 CO2 emissions by an impressive 4,500 tons.”

The steam integration project was showcased at the European Parliament as part of the Confederation of European Paper Industries’ ‘To our roots and beyond – RE-INVEST 2050’ scheme which aims to advance low-carbon innovation in the forest fiber and paper industry in Europe.