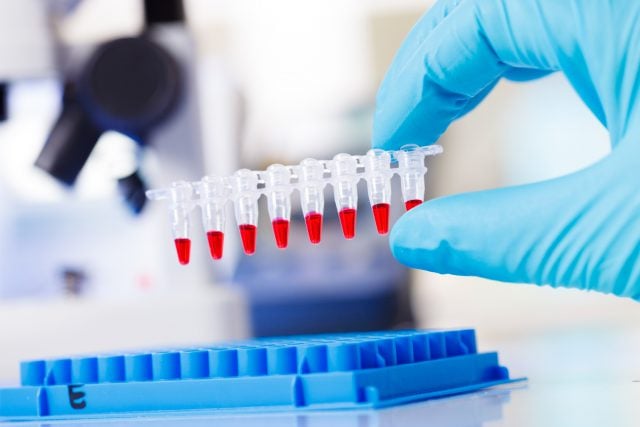 Food and raw material exports is a big part of the economy of Latin America, especially when compared to other regions and countries.

The region plays a significant role in global food safety and helping to keep consumers healthy.

Yet improvements are needed, especially when considering what it exports to the US alone.

Information from the Centers for Disease Control and Prevention (CDC) suggests that imported foods that mostly commonly cause outbreaks within the US are mainly from Latin America and the Caribbean.

Produce is one of the most commonly imported raw material from Latin America (second only to seafood, according to the FDA), and 64% of foodborne disease outbreaks in the US were associated with produce according to a CDC report in March 2017.

The other big contributor to foodborne illnesses is fish products, which principally come from the Central America region.

In recent years, the US Food Safety Modernization Act (FSMA) legislation has been tightening food safety throughout the world and across different industry segments.

Its rules give exporters and importers working with the US the alignments needed to assure food safety and reduce the level of food outbreaks that have been on the rise since 2012, according to the CDC.

If Latin America wants to increase its distribution and reach, it must comply with the world’s standards and implement the methods needed to monitor not only quality but safety of food.

For example, Central America countries such as Costa Rica, Panamá, Honduras, Nicaragua, El Salvador and Guatemala are working together to harmonize their technical regulations and build unified regional technical rules for food safety.

Realizing that they needed to improve the safety of their food items for increased exports to Europe and elsewhere, these countries have synchronized their microbiological testing and quality assurance measures and presented the foreign market with goods that have been similarly tested and verified.

The integration within these countries creates a unique dynamic, especially after new country-specific food safety agencies have been created across much of the region over the last 10 years, including Uruguay (CCIIA), Chile (ACHIPIA), Colombia (INVIMA), Argentina (ASSAI) and Peru (COMPIAL).

Local-level regulation has also been active, with Mexico recently launched Norma 210, a microbiological testing initiative to remove pathogenic organisms from food and beverage products, as well as establishing the general and alternative microbiological analysis for certain food, beverage and water.

However, the region is still far away from a unified position, and food safety standards must be continuously analyzed and improved on many levels given that issues like sanitary conditions and animal health have become increasing concerns to governments, regulatory agencies and other stakeholders across the supply chain, and the fact that the world’s foodborne illness rates have not stopped.

National pride can run to the core of Latin American countries, and despite the allure of free trade and the understanding that having numerous forms of country-specific compliance may lead to unnecessary food safety breakdowns and slowdowns, leaders often resist change that may threaten to overwhelm or frustrate what has traditionally been an industry entrenched by competition.

During the last five years, outbreaks of Listeria monocytogenes and Salmonella spp. have not decreased, and Latin America is a main actor.

This was most recently witnessed by a major recall of Mexican papayas due to contamination of Salmonella.

Similarly, the US banned the import of Brazilian meat in June 2017, with processing facilities closing due to uncovered public health concerns, unsanitary conditions and animal health issues.

The USDA decided to enact the ban on all beef until Brazil takes corrective action after rejecting 11% of Brazil’s imported beef, a high percentage compared to the one percent rejection rate typically seen from other countries.

Education and information is crucial to improvement, and interestingly, one of Latin America’s biggest weaknesses is its lack of statistical or epidemiological information.

When one in an affected area become sick and visit the doctor, the diagnosis tends to generically be a gastrointestinal disease rather than an analysis of which specific microbe caused it.

If we do not measure it, we cannot make changes and improve the situation, so health policies and regulations are critical to food safety improvement.

Latin America’s contribution to the global food market is expected to expand further in the years ahead due to its production growth and the increase of demand from developed countries.

Given how needful education and awareness-building to grow the workforce and its competency, there is now a profound demand to transfer food safety knowledge from English- to Spanish-speaking audiences.

This is because while many Latin America food professionals know conversational English, they are intimidated by the thought of receiving technical training outside of their native tongue.

These kinds of learnings, whether delivered in-person or via technology, are much more impactful when offered in languages such as Spanish or Portuguese and supported by language-specific written documentation.

The USDA with its Project FAST (paid by USAID) understood this dynamic in sponsoring Preventative Controls Qualified Individual (PCQI) courses over the last year to train industry, academy and government officials across the region under the Food Safety Preventative Controls Alliance (FSPCA) umbrella.

This education may prove to have a compounding positive effect on the food industry, and anecdotally, we have seen market receptivity to this training toward what is likely to be significant improvement in the region’s understanding of FSMA’s technical elements and compliance rules.

Ultimately, food safety is a team effort in which government, industry, academia and consumers should work together to preserve human health.

This spirit of smart collaboration will be especially important for the Latin American economy moving forward.