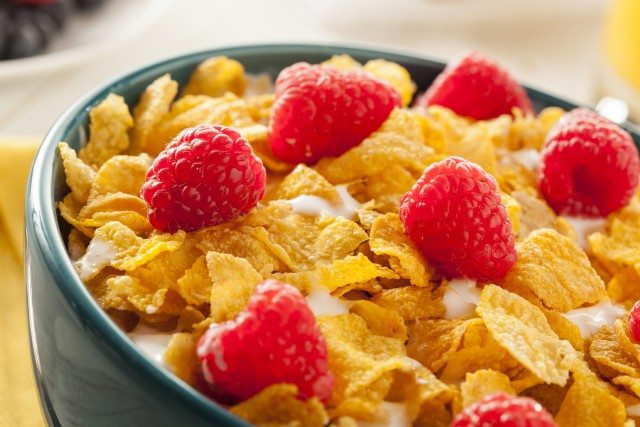 For parents around the world, premixed infant cereals—also known as complementary foods—can be a vital source of the solid food needed for healthy child growth after six months of age, when infants outgrow the nutrients provided by breast milk alone.

An analysis of 108 commercially available, premixed complementary foods from 22 low- and middle-income countries, conducted by researchers at the Friedman School of Nutrition Science and Policy at Tufts University, reveals a widespread lack of consistency in their nutritional content.

The study—the first global analysis of its kind—highlights how basic quality assurance services are needed to improve trust in these products and help reduce the incidence of childhood malnutrition in lower-income countries.

The findings were published in Maternal & Child Nutrition on December 22, 2016.

“In countries where we sampled, some products can readily meet children’s needs, but others fall far below requirements for both macro- and micronutrients.”

“Our results are a call to action for establishing and enforcing nutritional quality standards, which would help ensure access to lower-cost, higher-quality products and enable parents to meet their infants’ needs more easily.”

Childhood malnutrition is the main cause of stunted growth, a serious and irreversible condition that puts affected individuals at greater risk for illness and death throughout their lives.

According to the World Health Organization (WHO), children with stunted growth can have delayed mental development and poor school performance, which in turn affects economic productivity at the national level.

Nearly half of all deaths in children under age five are related to undernutrition, which is particularly widespread in Africa and Asia, according to UNICEF.

With the assistance of collaborators around the world, Masters and his colleagues purchased and analyzed samples of locally produced complementary foods over a six-month period in 2014, from 21 African and Asian countries and from Haiti. All are defined as low- and middle-income countries by the World Bank.

Each product was blind-tested for nutritional content within a month of purchase by an independent commercial laboratory based in the U.S.

On average, products met basic calorie and protein benchmarks for complementary foods as published by the Food and Agriculture Organization of the United Nations and the WHO.

However, 15% met benchmarks for fat content, and under 25% met standards for iron and zinc—two essential nutrients not present in sufficient levels in breast milk for healthy infant growth after six months of age, the critical time point for introducing solid foods.

The researchers estimate that a healthy child consuming breast milk alongside the average sampled complementary food would experience zinc and iron deficiency from six to nine months, and dietary fat deficiency at 12 months.

Comparing nutritional content to claims on packaging labels, a little less than half of the products met their reported caloric content.

Slightly more than half misreported protein, and two thirds misreported fat content. For zinc and iron, products exceeded labeled values about as often as they fell short.

The authors highlight how independent testing and verification of nutritional content could increase trust in local products, which would be far less costly than multinational brands.

They cite work by Nobel Laureate George Akerlof, who was the first to demonstrate that independent certification is needed to sustain competitive markets for high-quality products.

“This is a category of foods which can be lifesaving, but the market for locally made foods with the same nutrients as multinational brands is almost nonexistent,” said Masters, who also holds a secondary appointment in the Department of Economics in the School of Arts and Sciences at Tufts.

“Their potential cannot be fulfilled until parents trust them to have the nutritional contents they claim.”
“Introducing basic, independent quality assurance services is a proven way of establishing markets for high-quality products,” he said.

“Third-party certification programs can emerge from either the public, private or philanthropic sectors, and with coordination and effort it would be possible to accomplish this for complementary foods.”

The study was supported by United States Agency for International Development funding to Tufts University through the International Food Policy Research Institute and Feed the Future Nutrition Innovation Lab.