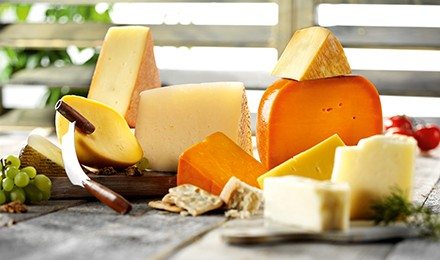 With DelvoCheese CT-Taste, producers of continental cheeses such as Manchego, Gouda and Edammer can halve the ripening time of their cheese while maintaining the same great taste, texture and shelf-life that consumers expect.

Cheese consumption around the world is on the rise, and the positive growth trend is expected to continue.

According to a 2014 report by PM Food & Dairy Consulting, worldwide consumption of cheese has increased from 15 million tons per year in 2000 to over 20 million tons in 2012.

By 2020, it is predicted that cheese consumption will surpass 25 million tons.

This opens up opportunities for cheese manufacturers and as a result, producers are looking for ways to produce more cheese, faster, to meet this growing demand.

At the same time, responsible companies aim to increase environmental sustainability of their products, which can be achieved through a more efficient production process.

DelvoCheese CT-Taste allows cheesemakers to cut ripening time by up to 50%.

This blend of cultures creates a balance between aroma and acidifier cultures that allows producers to create the same taste and texture, in less time and using less energy to control temperature and humidity for each gram of cheese produced.

According to DSM’s internal data, for the production of one million kilograms of continental cheese with a typical four-week ripening time, reducing ripening time to two weeks would save around €200,000 (US$220,551.51) in production costs.