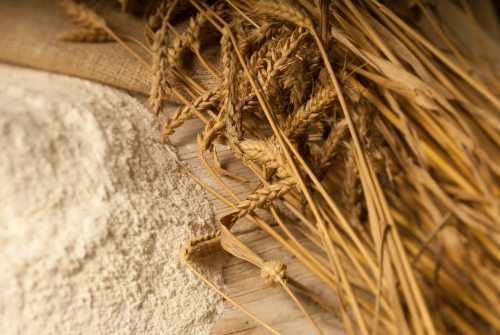 Südzucker has completed 18-month long construction of a wheat starch factory at its combined site in Zeitz, Sachsen-Anhalt, Germany.

The plant will be commissioned after completion of final testing.

The factory will convert wheat from the neighboring regions to glucose syrups for the food and chemical industries and has generated about 100 new jobs.

The plant’s production capacity is 140,000 tons of glucose syrup per year.

Bran for the animal feed industry and the plant protein gluten will be refined in addition to the primary product, glucose syrup.

Gluten is a key raw material also used for the bakery industry and fish farming.

The project was completed on schedule and within the budgeted €125 million (US$141.79 million).

Südzucker already operates a sugar factory at the Zeitz location.

The company’s subsidiary CropEnergies AG runs a bioethanol, a rectified spirits and a carbon dioxide liquefaction plant at the same site.

Integrating the new factory into this existing production environment will bring about a common use of the energy infrastructure, which results in high capacity utilization of the existing fluidized-bed boiler.

In addition, starch process byproducts can be converted to ethanol in the bioethanol plants.

Glucose production and use

The plant was located at Zeitz because it is a traditional wheat growing area that boasts especially protein-rich wheat.

The wheat is transported by truck to large intermediate storage silos, and from there to a flour mill.

Here the wheat is first scoured, which entails removing impurities such as sand, pebbles and husks, before it is prepared for grinding.

The wheat is subsequently ground in roller mills to make flour.

The main byproduct is bran, which is pelletized and stored and subsequently sold to the animal feed industry.

This entails mixing the flour with water and subsequently decanting it into the two main components.

A significant share of the byproducts is already separated at this stage by purely mechanical means.

Further downstream in the process, the starch and gluten are washed with water and screened to remove impurities.

Additional equipment is used to treat the water and subsequently recycle it in the process, which drastically reduces water consumption.

The gluten extracted in this process is subsequently dried in ring dryers.

Beneo, a Südzucker subsidiary, then markets the protein around the world as Vital Wheat Gluten.

The other byproduct of the wet wheat milling process is the washed starch.

Figuratively speaking, the next step in the production of glucose syrup simulates the processes of baking and human digestion.

Heat and enzymes are used to break down the long glucose chains.

The degree of breakdown of the glucose chains depends on how long they are processed.

The process is specifically controlled to produce glucose syrups that have varying properties.

The byproduct of the wet wheat milling process is converted to ethanol in the bioethanol plants.