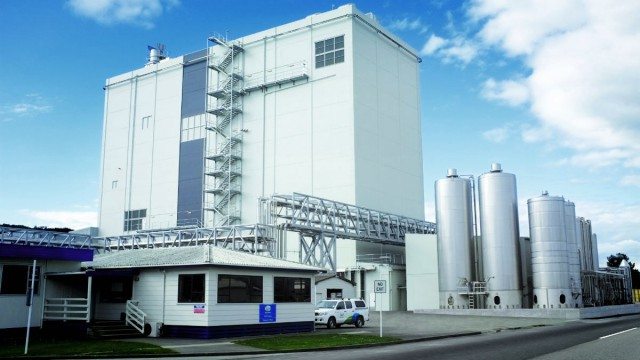 GEA has built a whole milk drying plant for Fonterra in earthquake zone Pahiatua in New Zealand that produces at 15 tons/hour and is designed to withstand a 1/2500-year event without damage.

Build in less than two years, which is considered fast by global standard, the plant is built to resemble Fonterra’s Darfield 1 Dryer but with base isolation that would allow the building to move should a quake hit.

As well as providing all the processing equipment, GEA was also contracted as a consortium to provide the building work for the project with its partner Ebert Construction.

There are only a handful of other buildings in New Zealand that are protected in this way including the parliament building in Wellington and the country’s national museum.

For a commercial plant, this is a first.

GEA has many reference sites in New Zealand for this type of plant including Darfield 2 that operates the world’s largest milk powder dryer.

Most of the equipment was built by GEA locally in New Zealand with some specialist items coming from the company’s factories in China.

The site has a reverse osmosis plant capable of processing up to 2,000,000 liters a day of ‘cow water’ (water recovered from the milk drying process) and purifying it for reuse in the plant making the new plant (P3) virtually self-sufficient in water.

“This treated water is returned to the process, keeping disposal costs down and ensuring that Fonterra has no need to increase its water resource consents,” said Gary Reynolds, GEA’s project manager.

The plant weighs upwards of 20,000 tons, including its 40 m drying tower, all of which sits on 50 triple friction pendulum bearings that will allow the whole construction to move up to 900 mm in any lateral direction allowing the building to withstand a 1/2500 year event without losing its structural integrity.

Each 1.4 m square bearing weighs 2.7 tons and has a Teflon center to reduce friction.

The bearings were supplied by a seismic bearing specialist company in San Francisco, US.

The construction includes 3,400 m3 of concrete reinforced with 400 tons of steel; the main columns are 17.5 m long and weigh 16 tons each; and the tower walls are constructed using 517 concrete panels each of 9 tons stitched together using poured concrete.

Although the main building is base isolated the ancillary structures are not, which gave GEA some engineering challenges.

For example every supply line for steam, acid, milk, gas, chemicals or electricity has to be able to withstand the building moving by up to 900mm in any plane.

“We have used a seismic loop on all the supply lines that gives them enough slack while being supported adequately as well,” said Reynolds.

The human interface zones (corridors between the fixed and base isolated sections) also have to be able to move too as the building operates under critical hygiene conditions making any breach to ambient air unacceptable.

Although the plant was a copy of Darfield 1, which meant all the stainless steel components were ready well ahead of schedule, the building is made from pre-cast concrete panels and columns fabricated in Otaki, on the island’s west coast, and lifted into position.

They are quick to erect and provide excellent sound insulation.

However, Reynolds said the 1200 mm2 main columns were big to be made off site and had to be constructed and poured in situ.

However by working closely with Fonterra any potential problems were quickly overcome.