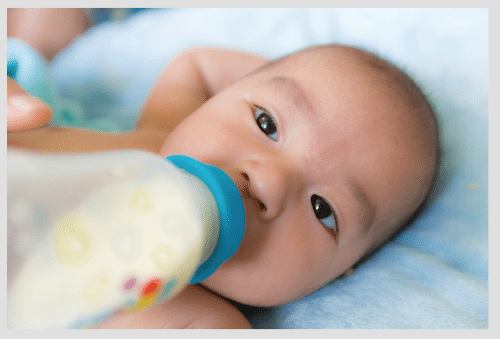 Milk is one of the most consumed foods globally, but also a problematic one in terms of food safety.

Its rich-in-protein quality makes it as one of the ‘Big Eight’ allergenic foods, accounting for 90% of all food allergies.

The lactose in milk causes stomach cramps and gastrointestinal symptoms by millions worldwide; additionally, leftover veterinary drug residues in an animal’s system can be passed on to milk products if not properly tested and treated.

In recent years, there have been a number of dairy product contamination cases in Asia Pacific and the rest of the world.

For instance, the aftermath of the notorious 2008 incident in China where baby formulae were laced with toxic chemical melamine still looms over local consumers today.

The less high-profile dicyandiamide (DCD) scare in New Zealand in 2013 sent the entire dairy industry into a testing frenzy.

The most recent milk case involving a threat to inject toxic monofluoroacetic acid (1080) into dairy products in the country, branded as ‘bio-terrorism’, again puts the government, the industry, and consumers on high alert.

What makes milk so problematic?

Dairy products are vulnerable to food safety issues simply because they are subject to a variety of potential threats.

First of all, raw milk is a growth medium for both pathogenic and non-pathogenic microorganisms; the harmful ones include Bacillus cereus, Campylobacter jejuni, E. coli O157:H7, Listeria monocytogenes and Salmonella typhimurium.

Milk-borne disease resulting from these pathogens can be greatly reduced through pasteurization coupled with a comprehensive food safety program.

However, post-pasteurization contamination is still possible if the dairy plants are not able to maintain an ultra-clean environment for milk processing.

Secondly, milk contains dozens of proteins to which many people are allergic.

Among those, the two most common ones are alpha S1-casein and whey.

Currently a cure for allergies is not available and the only way to prevent a reaction is total abstinence.

Food allergens can cause a series of reactions ranging from rashes and hives to loss of consciousness or even anaphylaxis, making food allergen testing and accurate labeling a fundamental requirement for food manufacturers and distributors, especially for milk, which is widely used in a collection of other food products.

Thirdly, as an animal by-product, milk is prone to containing antibiotics or veterinary drug residues that are used to fight disease and infection in animals, but harmful to humans upon ingestion, and must be routinely monitored or tested.

The common industry practice has been to discard milk produced from treated cows, and antibiotic sample testing is carried out for milk before it is even delivered to the processing plant.

In Asia, there are variable legislation and animal husbandry practices, but high drug residue levels continue to be an issue.

Last but not least, adulteration driven by profit has been culpable for many malicious food safety cases to date.

In recent years, the dairy industry has seen this number on the rise.

In some cases, a cheap, inferior ingredient is used to manufacture or process dairy products; sometimes an excess amount of additives, such as preservatives, are added to fraudulently enhance the protein content, coloring, or flavor of a dairy product or to simply prolong its lifespan.

The confluence of afore-mentioned issues has contributed to milk’s not-so-stellar reputation as a ‘problematic food” for consumers.

For SCIEX customers, some of the most requested testing involves compound 1080 due to the recent scare in New Zealand, vitamins, residues, gangliosides, various contaminants, and for nutritional quality control.

With the increasing amount of recalls and food contamination cases, the food industry, including the dairy industry, is steadily shifting from ‘responding’ to actively ‘preventing’ an onset of a food crisis.

To enable faster, more comprehensive testing, a technology with the ability to sensitively measure a large variety of compounds of interest is desired and urgently called for.

The workflow of conventional technologies for food testing is straightforward: the chemist tells the analytical lab instrument what compounds to look for, and the instrument works to find them.

This method has been in use for many years and still a big part of what laboratory scientists are doing now.

However, when considering unknown compounds, say a dairy sample contains multiple harmful compounds, including proteins, antibiotics or toxic chemicals, which are not known to the manufacturer or the chemist, it could pose a challenge.

Specificity of the analytical test tells the scientist how certain the test is in accurately identifying the presence of a particular compound.

Liquid Chromatography /tandem mass spectrometry (LC-MS/MS) is becoming one of the best approaches to deliver the sensitivity, speed, and ability to generate precise results for detecting unknown food contaminants.

Currently there are several types of high resolution MS systems that are in vogue in food testing labs to search for organic or chemical contaminants.

Another attribute for the dairy industry to quickly react to an emerging food concern is to forge close ties with the regulators and the industry.

Regulatory agencies usually are the first to be notified of a food safety event in a country or region; by working with them, life sciences companies can stay close to the challenges and problems faced by the industry and actively innovate viable solutions that help seek answers to those questions.

In the past, SCIEX has worked with the likes of the US Food and Drug Administration (FDA), the European Director for Health and Consumers (DG SANCO), and the Chinese General Administration of Quality Supervision, Inspection and Quarantine (AQSIQ) on addressing various food-related concerns.

Through cooperation as such, the company has been able to unveil a number of reliable and accurate laboratory-based methods for detecting contaminants in dairy products.

There have been many heated discussions happening in the dairy industry in terms of setting food standards, responsible labeling and advertising, and food testing.

These issues are at various stages of resolutions, and considerable efforts are required to resolve them in a scientific, practical and uniform fashion.

A collective cooperation among the regulators, consumers, and factories and companies involved in the trade is the sine qua non for solving these problems.

Farmers and companies should strive to achieve the highest standards and implement solid procedures within their businesses; governments need to be supportive of the dairy industry by enacting new laws, regulations and policies that safeguard safety of a dairy product; the testing companies should supply reliable technologies and methods should a testing need arise.

In this process, advanced technologies and instruments also play a crucial role in equipping food safety scientists, food processors, and regulators to quickly respond to, or even better, proactively prevent those potential crises from occurring en masse.