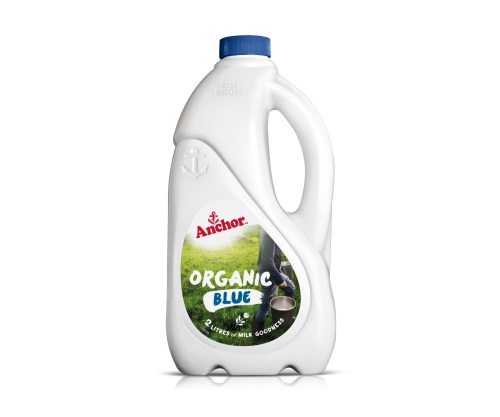 Fonterra Brands New Zealand MD Tim Deane said that with other organic milk brands only available in certain regions or very expensive, Anchor is on a mission to make organic milk more widely available at a fair price.

Fresh from the farm

“All dairy farming is challenging, hard work. However, organic farming costs more so we have to pay more for the milk,” said Deane.

“We also have the added complexity of keeping the milk separate through the collection and bottling processes.”

“So, there is a lot of effort on and off the farm that goes in to creating a certified organic product.”

“We’re confident of a good response from consumers. 72% of Kiwis tell us that if organic milk was more affordable they would buy it more often,” he said.

“A further 25% told us that if it was available in their regular supermarket that would also make a difference.”

“The total organic food and beverage market is now worth more than US$133 million and the amount of organic milk sold domestically over the past year has increased by more than 50%,” he said.

Anchor Organic milk drinkers will be able to trace their milk from the fridge back to the farms it comes from.

“Our organic milk is sourced from Fonterra organic farmers in Manawatu. We can pinpoint the farms where our organic milk comes from and follow it from the farm right through to the supermarket shelf. Consumers can be confident it is looked after by us every step of the way,” said Deane.

“That’s a point of difference for us with some organic brands using third parties to bottle their milk.”

Mark Flipp, a Fonterra farmer from Manawatu is supplying milk for Anchor Organic.

He said he’s excited about seeing his family’s milk sold under the Anchor brand in supermarkets throughout the country.

Together with his family, they got their dairy farm officially certified as an organic operation in 2010.

“People talk about when we converted our farm to an organic operation. However, for us getting certified was more about just continuing to farm the way our family always had,” said Flipp.

“For us being an organic farmer is about seeing our farm as the land within our fence line and rather than bringing in supplies from elsewhere we produce everything we need within that fence line.”

“In other words we’re self-sufficient.”

“The new organic milk, along with the two new yoghurts, Anchor Uno and Anchor Greek, we launched in the past eight months, demonstrates this and complements Anchor’s standard milk range,” said Deane.

Anchor Organic milk is available to cafes, foodservice outlets and dairies from this week and will be available in supermarkets from May 18, 2015.

Consumers will be able to choose from Blue or Green options.

The milk is sold in Anchor’s 100% recyclable light proof bottles, which prevent light damaging the milk keeping it fresher for longer.