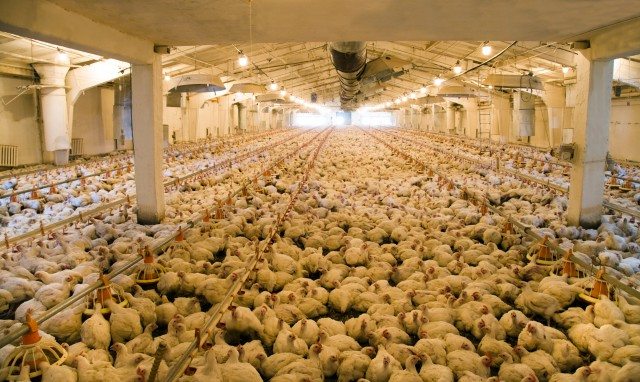 A recently-emerged strain of avian influenza virus in poultry in Southeast Asia known as A(H5N6) represents a new threat to animal health and livelihoods and must be closely monitored, FAO said on September 22, 2014.

Since then, the Lao People’s Democratic Republic and Viet Nam have also detected the H5N6 virus in poultry.

“However, H5N6 is particularly worrisome, since it has been detected in several places so far from one another, and because it is so highly pathogenic, meaning infected poultry quickly become sick and, within 72 hours, death rates are very high.”

The FAO says the fact that the virus is highly virulent in chickens and geese and potentially spread across a large part of Southeast Asia translates into a real threat to poultry-related livelihoods.

Poultry contributes to the incomes of hundreds of millions of people throughout the subregion.

The World Organisation for Animal Health (OIE), which works together with FAO and the World Health Organization (WHO) to support countries’ responses to animal and human disease threats, is also monitoring the situation closely.

“An effective surveillance and an early detection of animal disease at source are two main keys to reduce the risk of dissemination and to ensure safe trade. The OIE calls on its 180 member countries to respect their commitment and to immediately notify on OIE World Animal Health Information System any outbreak detected on their territory,” said OIE Director-General Bernard Vallat.

Only one case of H5N6 has been reported in humans after contact with exposure to poultry shortly after its detection in China.

The FAO says the person later died and there have been no other human cases.

Although the scientific community is still in the process of understanding the dynamics of this new strain, it is unlikely that H5N6 represents an immediate and significant threat to human health.

“It’s been detected in multiple places in poultry, yet we only have one human infection reported. This suggests that the virus does not easily jump from animals to humans.”

“Of course, we still need to remain vigilant, because prevalence in poultry and therefore human exposure could increase during the winter.”

Even if the public health risks posed by H5N6 currently appears to be low, other pathogens, including other subtypes of influenza viruses such as H5N1 and H7N9, still can present cause for concern.

These include: washing hands often, cleaning utensils and surfaces used during food preparation, and eating only well-cooked poultry meat products.

People should also avoid handling sick birds or those that have died of illness.

FAO and WHO are stressing that at this time it is critical for countries in Southeast and East Asia, especially those with links to poultry production and trade, to ramp up efforts to detect and report influenza viruses in poultry and monitor for any human infections.

All human infections with non-seasonal influenza viruses are reportable under the 2005 WHO International Health Regulations.

It is critical that influenza viruses from animals and people are fully characterized in appropriate animal or human health influenza reference laboratories.

An earlier strain of the virus, H5N1, has already impacted the livelihoods of millions of people and caused billions of dollars of damage.

FAO is urging countries to remain vigilant in the face of this new viral threat to animal health.

In order to prevent its further spread, the organization is recommending that governments support poultry producers in following essential biosecurity measures and standard hygiene precautions.

In collaboration with OIE, priority actions need to be focused on prevention, early detection, immediate reporting and rapid response.