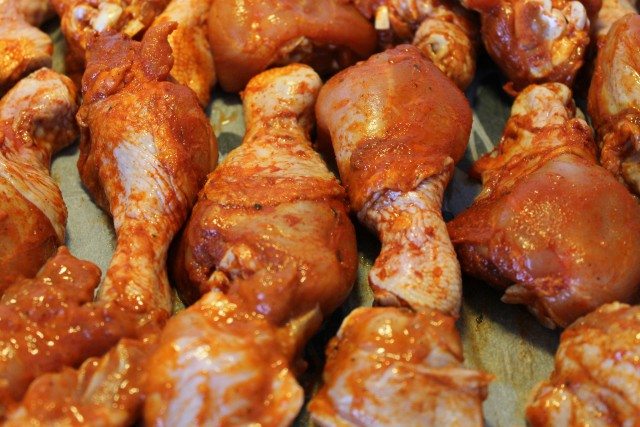 The US Department of Agriculture’s (USDA) Food Safety and Inspection Service (FSIS) has on July 31, 2014 announced that poultry companies will have to meet new requirements to control Salmonella and Campylobacter.

The organizations added that up to 5,000 foodborne illnesses will be prevented each year as a result of the New Poultry Inspection System (NPIS), an updated science-based inspection system that positions food safety inspectors throughout poultry facilities in a smarter way.

“The United States has been relying on a poultry inspection model that dates back to 1957, while rates of foodborne illness due to Salmonella and Campylobacter remain stubbornly high,” said agriculture Secretary Tom Vilsack.

“The system we are announcing imposes stricter requirements on the poultry industry and places our trained inspectors where they can better ensure food is being processed safely.”

“These improvements make use of sound science to modernize food safety procedures and prevent thousands of illnesses each year.”

FSIS will now require that all poultry companies take measures to prevent Salmonella and Campylobacter contamination, rather than addressing contamination after it occurs.

All poultry facilities will be required to perform their own microbiological testing at two points in their production process to show that they are controlling Salmonella and Campylobacter.

These requirements are in addition to FSIS’ own testing, which the agency will continue to perform.

FSIS is also introducing the optional NPIS, in which poultry companies must sort their products for quality defects before presenting it to FSIS inspectors.

This system allows for FSIS inspectors to focus less on routine quality assurance tasks that have little relationship to preventing pathogens like Salmonella and instead focus more on strategies that are proven to strengthen food safety.

The proposal was first published on January 27, 2012, and the modernization effort has been significantly informed by the feedback FSIS received from the public, as well as from interagency partners such as the Department of Labor.

Specifically, USDA received numerous comments on the proposed rule related to worker safety, and it has partnered with the federal agencies responsible for worker safety to address those concerns.

In response to public comment, the maximum line speeds for plants that newly adopt the NPIS have remained capped at 140 birds per minute, consistent with the maximum speed under existing inspection programs.

Additionally, all companies operating under the NPIS must maintain a program to encourage the early reporting of work-related injuries and illnesses, and FSIS employees will receive new instructions on how to report workplace hazards that may affect plant workers, including access to a confidential 1-800 number to report concerns directly to the Occupational Safety & Health Administration.

FSIS estimates that the NPIS will prevent nearly 5,000 Salmonella and Campylobacter foodborne illnesses each year.

Salmonella illnesses have remained steady, with some spikes, in the past 10 years, while Campylobacter is the second most reported foodborne illness in the country.

USDA says this new inspection model is a key part of the agency’s Salmonella Action Plan, unveiled in December 2013, which is the agency’s blueprint for addressing Salmonella illnesses from meat and poultry products.

Also included in that plan are revised pathogen reduction performance standards for all poultry, and standards for poultry parts, which consumers commonly purchase.

These new standards are expected to be announced later this year.