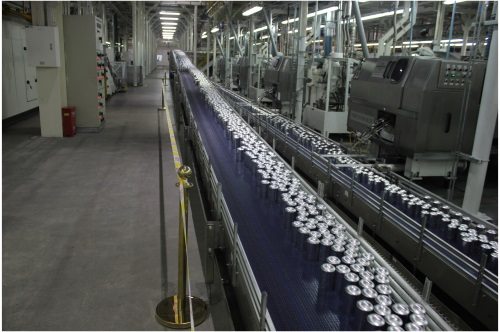 “These new plants will primarily supply local customers, although they may also be called upon to serve other parts of the country,” said Jozef Salaerts, president of CROWN Asia Pacific.

“As brand owners and consumers continue to recognize the many benefits aluminum beverage cans bring, demand for the package continues to increase. We are pleased that we are working together to meet both new and existing demand.”

The Heshan facility currently operates one can line and one end line, with an initial annual production capacity of approximately 725 million two-piece 330ml and 355ml beverage cans and 1.4 billion 202-diameter ends.

The production of ends began in June 2012, while beverage can production started in October 2012.

The facility will also have the ability to produce 500ml beverage cans.

The Ziyang facility began producing beverage cans at the end of July 2012.

One can line is currently in operation, giving the plant an annual production capacity of approximately 650 million two-piece 330ml and 355ml beverage cans.

The first line began production in April 2012 while the second line started operations this year in February.

The plant has an initial annual production capacity of 1.4 billion 330ml beverage cans.

The Heshan plant had its official opening ceremony on July 9, Ziyang on July 30, and Putian on August 1.

The three plants will bring the total number of Crown beverage can plants in China to seven.