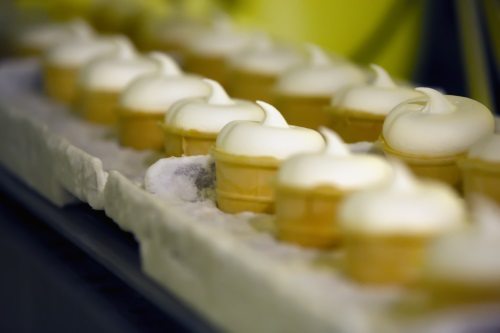 Aspartame and its breakdown products are safe for human consumption at current levels of exposure, the European Food Safety Authority (EFSA) concludes in its first full risk assessment of this sweetener.

To carry out its risk assessment, EFSA has undertaken a rigorous review of all available scientific research on aspartame and its breakdown products, including both animal and human studies.

“This opinion represents one of the most comprehensive risk assessments of aspartame ever undertaken. It’s a step forward in strengthening consumer confidence in the scientific underpinning of the EU food safety system and the regulation of food additives”, said the chair of EFSA’s Panel on Food Additives and Nutrient Sources Added to Foods (ANS Panel), Dr Alicja Mortensen.

Experts of ANS Panel have considered all available information and, following a detailed analysis, have concluded that the current acceptable daily intake (ADI) of 40mg/kg bw/day is protective for the general population.

However, in patients suffering from the medical condition phenylketonuria (PKU), the ADI is not applicable, as they require strict adherence to a diet low in phenylalanine (an amino acid found in proteins).

Following a thorough review of evidence provided both by animal and human studies, experts have ruled out a potential risk of aspartame causing damage to genes and inducing cancer.

EFSA’s experts also concluded that aspartame does not harm the brain, the nervous system or affect behavior or cognitive function in children or adults.

With respect to pregnancy, the panel noted that there was no risk to the developing fetus from exposure to phenylalanine derived from aspartame at the current ADI (with the exception of women suffering from PKU).

The opinion states that the breakdown products of aspartame (phenylalanine, methanol and aspartic acid) are also naturally present in other foods (for instance, methanol is found in fruit and vegetables).

The contribution of breakdown products of aspartame to the overall dietary exposure to these substances is low.

The opinion describes the criteria used to identify the studies relevant for the risk assessment and standards applied to evaluate the scientific evidence.

EFSA’s experts examined all uncertainties related to the evaluation of aspartame.

The opinion explains how these were addressed in the risk assessment to ensure that potential risks from aspartame were not underestimated.

The comprehensive review carried out by the ANS Panel was made possible following two public calls for data which made available a large body of scientific information, comprising both published and previously unpublished data and studies.

EFSA received over 200 comments during the public consultation on the draft opinion (that took place from January 9 to February 15, 2013) and all of these were considered.

During the consultative phase, EFSA also held a hearing with parties to discuss its draft opinion and the feedback received from the online public consultation.

EFSA’s dialogue with stakeholders revealed that there were important aspects of the draft opinion that needed to be clarified in the final output.

Neither of these studies alters EFSA’s conclusion on aspartame.