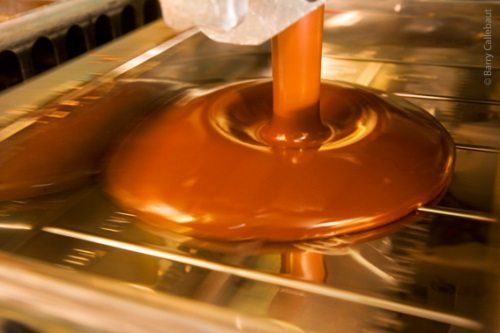 Barry Callebaut said it has completed the move of its Japan’s chocolate factory from Amagasaki to Takasaki, as announced in June 2012.

The new and larger facility, which was officially inaugurated today, offers an initial annual production capacity of 22,000 tons of chocolate and compound products. The total amount invested is CHF 18.5 million ($19.4 million).

Situated in the Gunma Prefecture, the new factory in Takasaki is located about 100 km north of Tokyo, Japan.

The facility is close to existing and potential new customers and will serve as a local base to serve both industrial food manufacturers as well as gourmet customers in the highly attractive and well-developed Japanese chocolate market.

The company says Japan is one of the most developed and largest chocolate confectionery markets in Asia.

According to the Chocolate & Cocoa Association of Japan, in 2012, the country’s chocolate consumption of 1.84 kg per capita was the largest in Asia.

Speaking at the inauguration ceremony, Juergen Steinemann, CEO of Barry Callebaut, said: “An important building block of our business in Japan is our partnership with the country’s leading food manufacturers and the proximity to our local customers here. These close relationships combine local knowledge and entrepreneurship with our global research and development capabilities and manufacturing expertise. Moving our Japanese factory to Takasaki is a strategic move which brings us closer to our customers and reinforces our priorities to partnering for innovation and mutual success.”

“Our new factory in Japan underlines our commitment to our customers in Japan by continuing to invest in the development of our production capabilities and introducing new products in the local chocolate market. We are truly proud to have created one of the world’s most modern chocolate factories in Japan,” said Fumitaka Nakano, Barry Callebaut’s Managing Director for Japan.

The opening of the new facility in Japan strengthens Barry Callebaut’s position as the market leader in the manufacturing of high-quality chocolate and cocoa products in Asia Pacific.

The company opened its first chocolate factory in Asia-Pacific in 1996 in Singapore.

In July 2013, it completed the acquisition of the cocoa business from Singapore-based Petra Foods.

The company now employs more than 2,000 employees across Asia-Pacific and plans to open a new regional office in Singapore in December 2014.