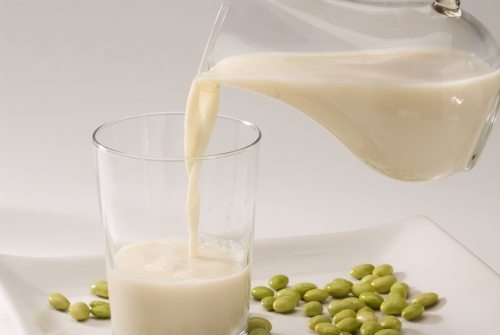 It said it has maintained its growth momentum of 9% in net sales to HK$2,326 million (US$300 million) for the first six months on its core business across operations.

“In the first half of FY2013/2014, our two major products soy and tea performed well and contributed to the overall growth,” said Winston Yau-lai Lo, executive chairman.

The company said SAN SUI has become the market leader in the fresh soy drink category.

“In the next six months, the operation will focus on driving growth in soy and tea across different channels and packaging forms to reinforce our leadership position, whilst implementing prudent cost management to safeguard our gross margin,” Guidetti added.

The key drivers were consistent execution of the “Go Deep Go Wide” strategy, restage of VITASOY core range and communications, as well as enhancements in VITA Lemon Tea business.

During the interim period, the operation reported sales with further market penetration made in Southern China and an expanded coverage in both geographies and channel distribution.

The Foshan plant has supported enhanced distribution and facilitated market expansion within and outside Guangdong respectively.

In terms of brand development, VIHL restaged the whole VITASOY range with new packaging and focused on marketing the functional benefits of VITASOY products, supplemented by a new TV and marketing campaign, “Start Your Day Well with VITASOY”.

The company said the VITA Lemon Tea experienced positive consumer response and has become one of the leading brands in the tea category in Guangzhou and Shenzhen markets.

The Australian operation reported an 8% sales growth in local currency, by leveraging the strong brand equity, depth of product portfolio and innovation capability.

The topline growth was driven by the focus on improving product range and promotion gains, thus expanding market share.

However, due to the negative impact of weaker Australian dollar, the net sales revenue and operating profit dropped slightly by 2% and 1.5% to HK$255 million (US$32.88 million) and HK$39.9 million (US$5.14 million) respectively.

The VITASOY CAFE FOR BARISTAS Soymilk continued to grow with the addition of a new product in May for the optimal soy coffee experience.

In New Zealand, distribution was shifted to the joint venture partner consistent with Australia, driving growth with improved sales and profitability.

Vitasoy USA continued to enhance its market leadership in both the US Tofu and Asian Pasta categories and maintain its solid position in the imported Asian beverage market.

However, the escalating costs in raw materials and higher maintenance costs have impacted the operation’s profitability.

On the manufacturing front, the operation continued its efforts in normalizing the production and focused on improving manufacturing efficiency.

Unicurd, the group’s wholly-owned subsidiary in Singapore, recorded a sales growth of 3% to HK$42 million (US$5.41 million) whilst operating profit improved significantly by 22% in the interim period of FY2013/2014.

The company said its operation expanded its leadership position with its major tofu categories all performing well.